The core of Big Planet Noise was formed when Bob Irwin was just 5 years old. The day he picked up his first 45, the whole thing set to spinning – and records and music have been pretty much all he’s thought about ever since. Avocation eventually became vocation, leading to Sundazed Music and Modern Harmonic, all drawing inspiration from Bob’s legendary collection. But, what good is having so many records if no-one else can hear them with you?


Big Planet Noise is Bob’s way of inviting everyone over to hang out in the music room while he and co-host Gina Bacon flip through the stacks and play great records. And – the BPN chat room is where the action is… they yak about what’s on the turntable, tell stories, backstories, and share what was had for dinner, friends ’n family style. Gina keeps the celestial orbit steady-as-it-goes; making sure the stylus stays in the groove, the stacks don’t teeter and the drinks don’t spill all over the console. NB: Gina can also be heard on Saturday afternoons as the host of Someday Matinee (also on WFMU's Give The Drummer Radio stream), a show filled with live musical performances and artist interviews, direct from Music City. 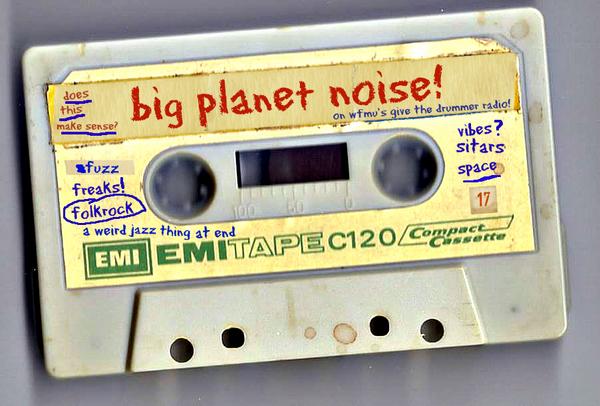