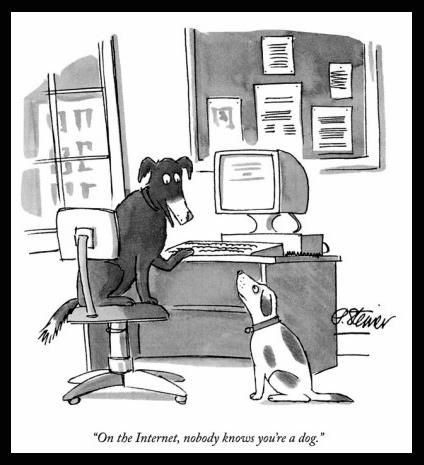 No chatboard tonight, for reasons which will be revealed during tonight's discussion. If you have questions or comments about tonight's show, please email Staysh or Mark. Please keep your question or comment to one sentence, since Ken and Mark will both be on the air attempting to talk, during the program.

What follows are the emails that Mark and Ken received in response to the February 8, 2021 show.

1. It would be helpful to learn (anonymized) examples of where you feel the comments have crossed the lines of propriety sufficient to warrant this hour of self-reflection. I ask because I can imagine that I myself have pushed boundaries from time to time. The marvelous Wm. Berger once banned me, but a few weeks later when I asked about it, he apologized for having been in a bad mood.

2. Along those lines, does any negative comment, such as a mere personal opinion -- "Please stop playing 'Heavy Metal'!" or "I'm so sick of Talking Heads." -- distract from the otherwise generally positive vibe of the boards? I like to complain, goddamnit.

3. I agree that WFMU's comments are virtually uniformly fun, instructive, and community-building, much like the comments at Ars Technica.

I have a deep background in dialup BBS systems, homegrown forum systems, commercial stuff like CI$, The Well, and of course ECHO, home of the ECHO gopher where WFMU had its internet original presence. I like the chat system a lot, but I was bred in that briar patch.

The great thing about the Kenzo chat system is the low possibility of exciting media like video and audio. You do have to use your words. That the chats aren't independent of the playlists helps concentrate the conversation. That it doesn't escape into the outside social media is also great. The chat "data" could easily be harvested and exploited in the repulsive way recounted on every Techtonic show, but isn't. For most chat board sizes, it's fine. But for some shows, like Wake 'n' Bake, it's a firehose. It kind of needs breaking up into reply streams that can be hidden.

I've been trying to get the local station here, Radio Kingston, to look at it, and I hope the Audience Engine can some day get the development it needs. Can you talk about that?

Doesn't the record of show comments get shared to google?

Thank you for your curating an inclusive, weird, and welcoming community. I love the chat as is. I learn a ton from the listeners , the glisteners and the DJs. Been listening for over 20 years, used to live Hudson County but we live in Ithaca NY now. If not for the many layers of FMU available online, on mobile, on air etc - this life would far less interesting!

Sometimes a listener will post something good, like the time I found out about a Richard Thompson concert that I would have otherwise missed.

WHY DO YOU HATE FREEDOM?

You say it only takes one to ruin the WFMU chat community, how does one go about it?

I've been on a decent number of chat groups over the years across a handful of interest groups and WFMU's is the best.
Almost all the users are friendly, the ones who aren't usually get shamed out by the good guys, and it's so great to know you can drop in and out and see familiar people. It's like the best bar without getting too drunk, losing money, or getting wrapped up in fights. You all have done a fantastic job keeping it fun and I think it's because of the music programming and the open/accepting attitude the station guides by.

I found many friends, a partner, and I got to have a show, all thanks to WFMU's message boards on an alternate stream. We all have each other's backs and watch out for trolls.

Have other websites taken this idea from you? Because Gothamist, as owned by WNYC, does something like this. They shut down all comments on their articles after a certain period of time. I'm not sure how long -- maybe 8 hours, maybe 24 hours.

Wow, you *wanted* to keep the friction between different shows' comments. That's great, I love that.

Ken, have you thought about giving people with accounts the option of a setting for how long their comments will last (1 day, 1 month, forever)? And then also setting a sundown for non-registered people's comments?

curious about cost of servers and hosting for comments and show archives as percentage of operating costs?

possibility of developing a private server, for which one may receive an invite based on a contribution level in the upcoming fundraiser?

I love the comment board and do contribute. What is so fascinating is that each show's comment board becomes a community with a different personality. Usually, my free time is early morning but I know that I would never make a comment on Wake and Bake that I would on Seven Second Delay.

Each community seems to make its own rules in line with the show's culture etc. Fascinates me as a longtime WFMU listener/contributor/former host and as a journalism prof.

The forum is appreciated by many. Thanks.

I’ve been thinking a lot recently about the balance between having small focused communities versus large things like Facebook, and how they affect the sociology of interactions. This conversation has been very fruitful in thinking about that, and I wanted to let you know that WFMU is doing a great job at balancing these things.

Having been born and raised in Jamesburg/Outcalt and then drug out to Gettysburg PA by my parents, I never knew about your station until seeing the documentary. Since then I’ve been an avid listener and the comment board is great work! Have you guys ever thought of making the code available (for a small donation) to other indie or college stations?

I feel lost without the comments board but this is an interesting experiment.

(I look forward to the Techtonic board so much each week that it's hard to reconcile to being without it! Just to say: I miss everyone but am glad to hear your and Ken's thoughts on the system)

Main comment: I have made some real friendships through the board, ones that endure away from the station and off the boards; so I have to say that I value it tremendously and value that there are many people like me for whom the WFMU FS is the *only* social media they would be a part of.

And sorry to hear that people have been coming after Ken. I urge him not to miss the Party Girls.

(Now hoping that this isn't all a lead-up to Ken announcing the comment boards are going away.)

PS: The main comment was only one sentence! Not too shabby. Er ... for me.--HH

Yes! Re: the need to go to the next show/list/board for the new one. Plus, don't discount the rituals that have grown up -- greeting the DJ and all, thanking the DJ at the end. We're there for appreciation of what the DJ does, after all, and the rest of the interactions happen in the interstitial spaces. But those can be rich interstices.

OK, too many sentences.

You should have Kenzo on the show!
Maybe.

..unless Kenzo wants to remain Oz behind the Curtain :) ...

One day in September 2006 while I was visiting the Magic Factory for a big series of client meetings, then-staff member Mike Lupica chatted me up, and asked, "can we allow people to post comments below the playlist after the show is over, like on a finished blog post?" (Actually, I recall him referring to it as a "discussion," hoping to invite high-quality participation.)

And I said, "you know what would be better? We can let people post live comments during the show, and have it show up in real time right next to the playlists, like a live chat room."

I then designed and built the KenzoDB chat features, and launched the initial version on WFMU playlists in early 2007. Community participation flourished immediately.

I took great inspiration from the various internet and modem/BBS-based chat systems I frequented in the 70's and 80's, where I'd also spent quite a lot of time studying community behavior and abuse patterns. I was personally insistent that we buck the standard convention of requiring a log in in order to post, having learned in internet startups in the 90's that it slows down community growth, without actually addressing the abuse issues.

Station Manager Ken and I have collaborated a lot on abuse controls over these years, which continue to evolve.

More features for listeners are on the way in the future, including the threaded comments you mentioned.

Great Episode ! Interesting to see it from the other side (speaking of 'behind the curtain')
- & makes one (on this side) APPRECIATE what goes into the appearance of a smooth pleasant experience!
...The standup heckler analogy though is very much how Ive seen it too... Think Society in general has learned much about New Media & these things in Community...
I concluded Trolls are like drunks in a bar looking for a fight : what it's 'about' is not what it's 'about'... Trolling is an activity for its own sake for the 'drunk's' personal needs... I am too easy a mark for taking the bait & feeding the Troll - but @ least I am more or less aware of - all this...

Tech Monopolies PROFIT from Contention!
They accept no ACCOUNTABILITY
- no TRANSPARENCY !
...no COMPETITION...
& they LIE. They SELL our Data & lie about it...
& they take ALL the massive PROFIT
- just HUGE...

usability? as user, you find current board reasonably easy to operate?

Really great discussion tonight. I'm glad my work schedule allowed me to tune in! Thank you Mark and Ken. Very pertinent to many issues troubling us today. The accu playlist has been a source of much needed community during the pandemic especially.