Nadah El Shazly's darkly impressionistic Arab-tinged electro-acoustic music is getting noticed. Her late 2017 debut album, Ahwar, got rave reviews. Shortly after its release, the Cairo-based composer / performer made the cover of The Wire. Her newest recording is a collaboration with adventurous international septet Karkhana, part of a split-EP called Carte Blanche.

We're thrilled to have Nadah El Shazly (vocals, electronics) on our show this week! She's joined by NY-based improvisers extraordinaire Brahja Devin Waldman (saxophone), a member of Sam Shalabi's ensemble Land of Kush who performs - along with Shalabi and other members of Land of Kush - on Nadah's album Ahwar and also leads his own ensemble, BRAHJA; and Shayna Dulberger (double bass) whose many projects include Hot Date, Dromedaries and Warrior of Light.

The spectacular video, above, for the song Mahmeya from Nadah El Shazly's album Ahwar is by Marwan Elgamal, who also did beautiful artwork for the album. 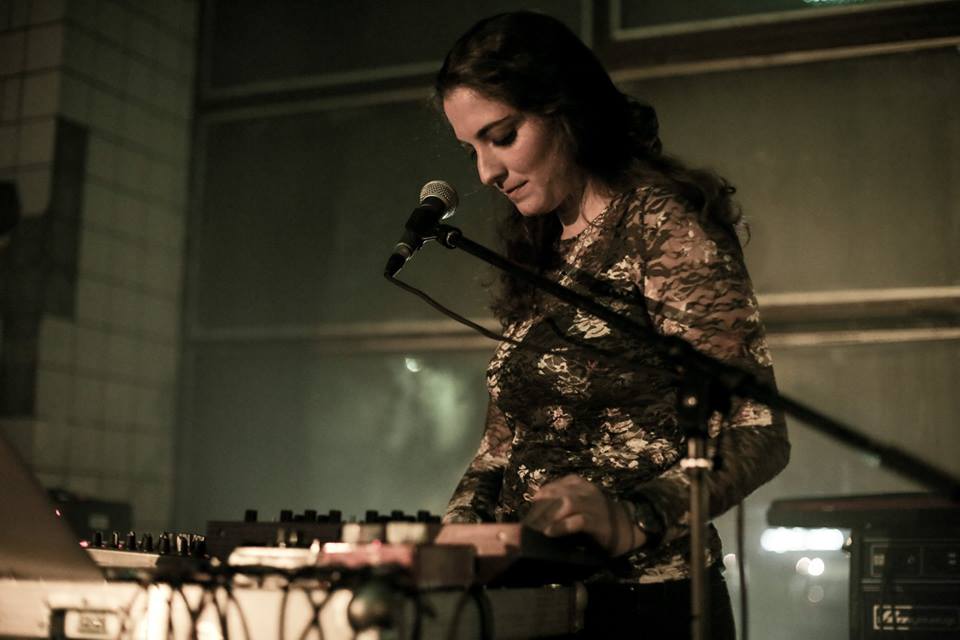 Massive thanks to our illustrious engineers Dave Satkowski and Rob Christiansen!

To get in the running for a pair of tickets to either of these events: Email me, Rob W, here, please specify first and if possible second choice among the two offers available, and please put the word "TIX" in the subject line. IMPORTANT: Please note that the Barbès in the Woods tickets are for entry ONLY - transportation to the festival in Western Mass. is NOT included - more info on that below. The deadline to enter is tonight at midnight; winners will be notified by Monday.

Background from the event page: For this concert of Indian classical music, bansuri flutist Nash Naubert will be joined by Aditya Kalyanpur on tabla, presenting traditional raga and original compositions. Dancer Gaysil Naubert will also perform an original Peacock dance (a ballet with Indian classical hand movements). Originally from the United States and trained in India for 20 years, Nash Naubert has performed at music festivals in India and the West, and has toured Europe, Canada, and the US.

IMPORTANT NOTE: We are giving away tickets for Barbès in the Woods festival ENTRY ONLY (which normally cost $60 through June 30, $75 July 1 until the date of show, $85 at the gate), please note that transportation is not included unfortunately. However - the festival is running a round trip charter bus leaving steps away from Barbès at 9th St. and 6th Ave. in Park Slope, 8 am board / 8:30 am depart on Sat Aug 17th and returning late that night. If you win the tickets but want to take the chartered bus, the cost is $95 per person if you purchase your bus ticket before July 1; we're told that price may hold or may increase after July 1st. For more info on the chartered bus service see https://barbesinthewoods.com/bus/; for general festival and ticket info go to https://barbesinthewoods.com/.

Masoud Rezaei: Tale of the Night

Maurice Louca: In The Palm of a Ghost (featuring Nadah El Shazly)

/ Ahomale / Epitaph / * (2:18:10 Pop‑up)
GIG / GIVEAWAY: Barbes in the Woods Festival with many other band, Sat Aug 17 at Bartlett Farm, 27 Center St., Montague, Massachusetts. To get in the running for a pair of tickets to this festival (note: transportation to the festival is not included) please email me, Rob W, here, and please put the word "TIX" in the subject line and indicate your first and if possible second choice among our two giveaways tonight. The deadline to enter is tonight at midnight; winners will be notified by Monday .

Locobeach: The Devil is a Charmer