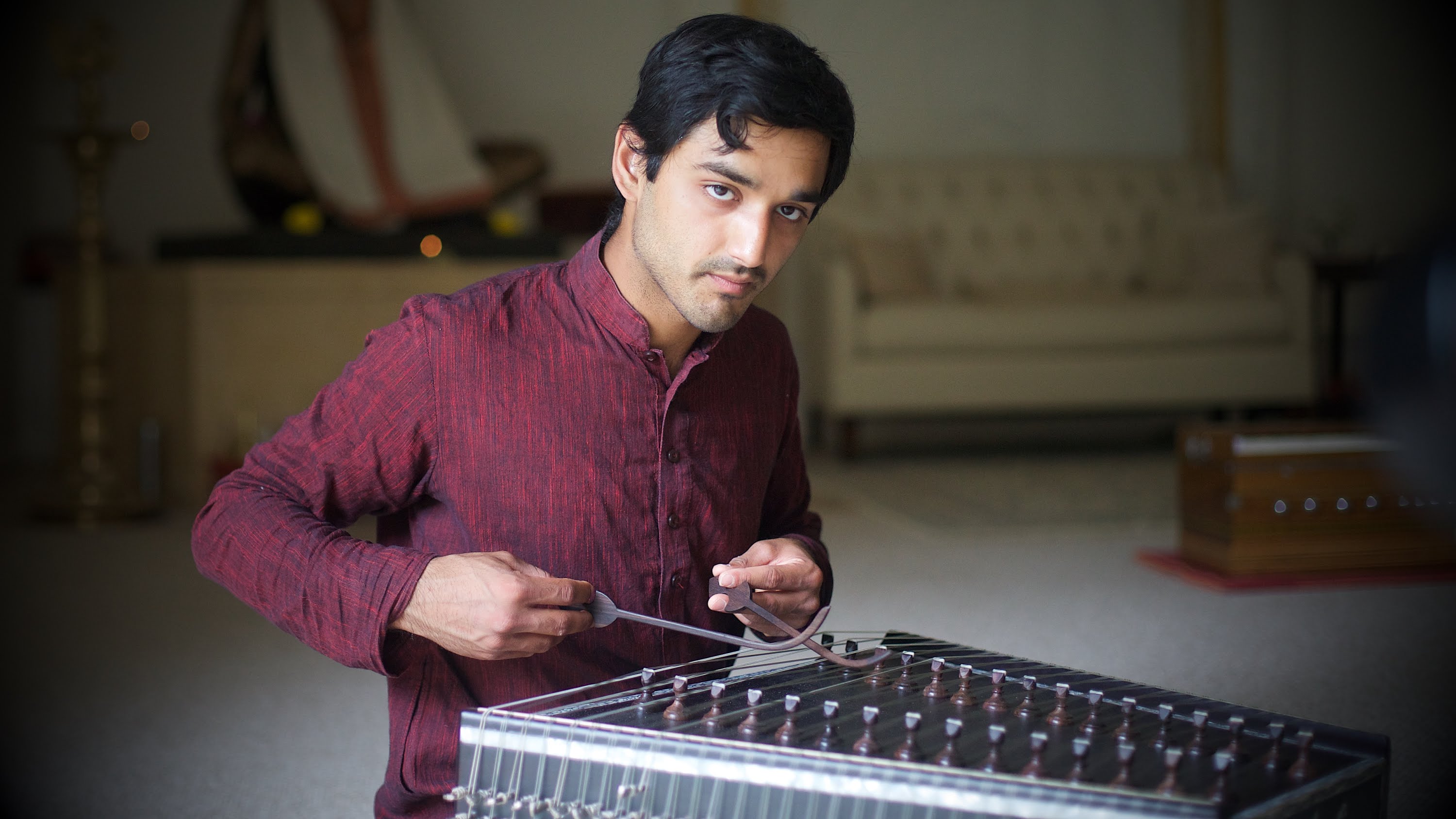 Vinay Desai joins us to introduce his music and his musical instrument, the santoor, India's 100-string member of the hammered dulcimer family. Vinay is an advanced disciple of santoor superstar Shivkumar Sharma.

Vinay Desai will be performing on Wednesday evening August 15th as part of the New York edition of the Navatman's Drive East Festival - an expansive festival of South Asian performing arts at La Mama in the East Village from August 13th to 19th.

Massive thanks to our fabulous engineer Glenn Luttman!

To get in the running for a pair of tickets: Email me, Rob W, here, and please put the word "TIX" in the subject line. (One pair of tickets is available for each concert.) Please specify your first and (if you have one) second choice. Deadline to enter is midnight Sunday. Winners will be notified by Monday.

/ Assitou Vol. 1 / Disc-Orient (0:38:01 Pop-up)
GIG: Thurs Aug 23: Soukous All-Stars featuring Nyboma, Lokassa Ya Mbongo, Huit Kilos and many more @ Lincoln Center Rubinstein Atrium (FREE / no RSVP but get there early to make sure you get in!) 7:30 pm

Ahuva Ozeri: את לי פרח (Aht Li Perach - You're a Flower to Me)