Return from the Rainforest


The Rainforest World Music Festival takes place every summer in the Sarawak Cultural Village outside of Kuching, Sarawak, Malaysia, on the spectacular tropical island of Borneo. It's a great festival at a remarkable site and yours truly was fortunate enough to be invited by the Sarawak Tourism Board to attend this year.

Over the coming weeks and months I'll be presenting several shows drawing from the festival. Actually tonight's show isn't really the first one although we will dip into a bit of festival-related material (and also some of the recorded music I inevitably accumulated in Kuching and Kuala Lumpur Malaysia!) - let's call it a post-jet-lag teaser. 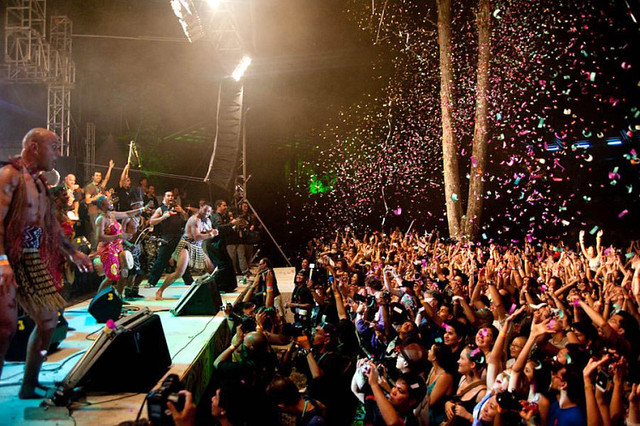 Photos on this page are courtesy Sarawak Tourism Board.

Rizan Said: From Mandal to Mandal

/ Rhoma Irama & Noer Halimah - Panggung Gembira (0:54:32 Pop‑up)
Found a great music shop in the Pudu section of Kuala Lumpur with lots of Malaysian (and like this) Indonesian Dangdut and regional genre releases, mostly on VCD format. Plus, you can get a great combo platter of Malay food at a stall just a few steps from the shop for the equivalent of about 1 US dollar. Now that's my kinda market.

/ Album Sasak (Cilokaq) Kamput Brekeli (1:03:57 Pop‑up)
Another good find at Pudu market. If you google you can find a lot of similar music (even some or all of these specific tracks) on YouTube and even Spotify.

Tuku 'Kame' Sarawak - Artists of the Sarawak Cultural Village: Alu-Alu (a dance of the Melanau people)

/ Rhythms of the Rainforest / Sarawak Cultural Village (1:09:26 Pop‑up)
This is the excellent music and dance ensemble based at the Sarawak Cultural Village (the "house band" if you will) - they perform there daily. Rather than representing a single village or ethnic group, they perform music from the various tribes / ethnic groups of Sarawak - in this case, a dance of the Melanau people.

/ Ingin Kau Bahagia (1:17:30 Pop‑up)
Heavy Metal is big in Malaysia. Most Malaysian metal songs are structured pretty much the same as anywhere else - but as the title suggests, this one incorporates Melayu rhythms - to great effect.

/ Traders / Waulk Records (1:49:11 Pop‑up)
PIcked this up on my earlier summer journey, to Scotland (what can I tell ya, it's been a busy coupla months)

/ Rhythms of the Rainforest / Sarawak Cultural Village (1:52:26 Pop‑up)
The fiddle that you hear on this track is not a modern enhancement, though you can find plenty of Western instruments in the malls in Kuching, Kuala Lumpur etc. But in this context it's thought of as a traditional instrument and has been played this way for hundreds of years. The violin was introduced to this part of the world around the 16th century by Portuguese traders (I think - though the Dutch may have brought fiddles too - if you're writing your term paper, don't quote me without checking other sources first!).

/ Caribe Mar Sincopado / Fonarte Latino / * (1:57:48 Pop‑up)
Put on a nice show at the Rainforest Festival - perhaps not as flashy as some of the new generation Son Jarocho bands, but straight from the source in Veracruz, Mexico and as good as it gets.

/ Jumbie in the Jukebox / Cumbancha (2:02:12 Pop‑up)
Toronto's old-school-Caribbean-calypso-rooted Kobo town really turned it up a notch to rock the big stage at the Rainforest Festival!

/ Mile Sek Mile (2:14:15 Pop‑up)
And Lindigo, the final band of the festival, delivered full throttle Reunion-Island Maloya Power from the big stage - I was really impressed; I think if the Rainforest Festival had a Carnival Crown for 2015, I'd have given it to Lindigo!

The Burns Unit: Send Them Kids to War

Lan E Tuyang: To Love Somebody

/ Live at the Rainforest World Music Festival 2015 / Unreleased (2:57:03 Pop‑up)
Lan E Tuyang is a trio led by renowned singer and storyteller Mathew Ngau Jau that features the sape, a beautiful lute that is kind of the definitive instrument of Sarawak. They played lots of lovely traditional songs during their Rainforest Festival set, but I can't resist wrapping up today's show with their show-closing cover of a song that should be familiar to most of you. 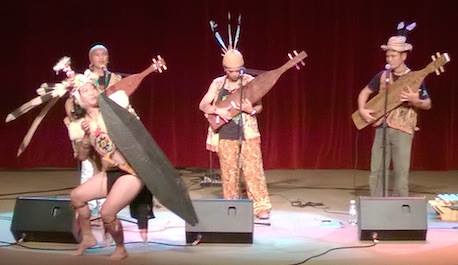