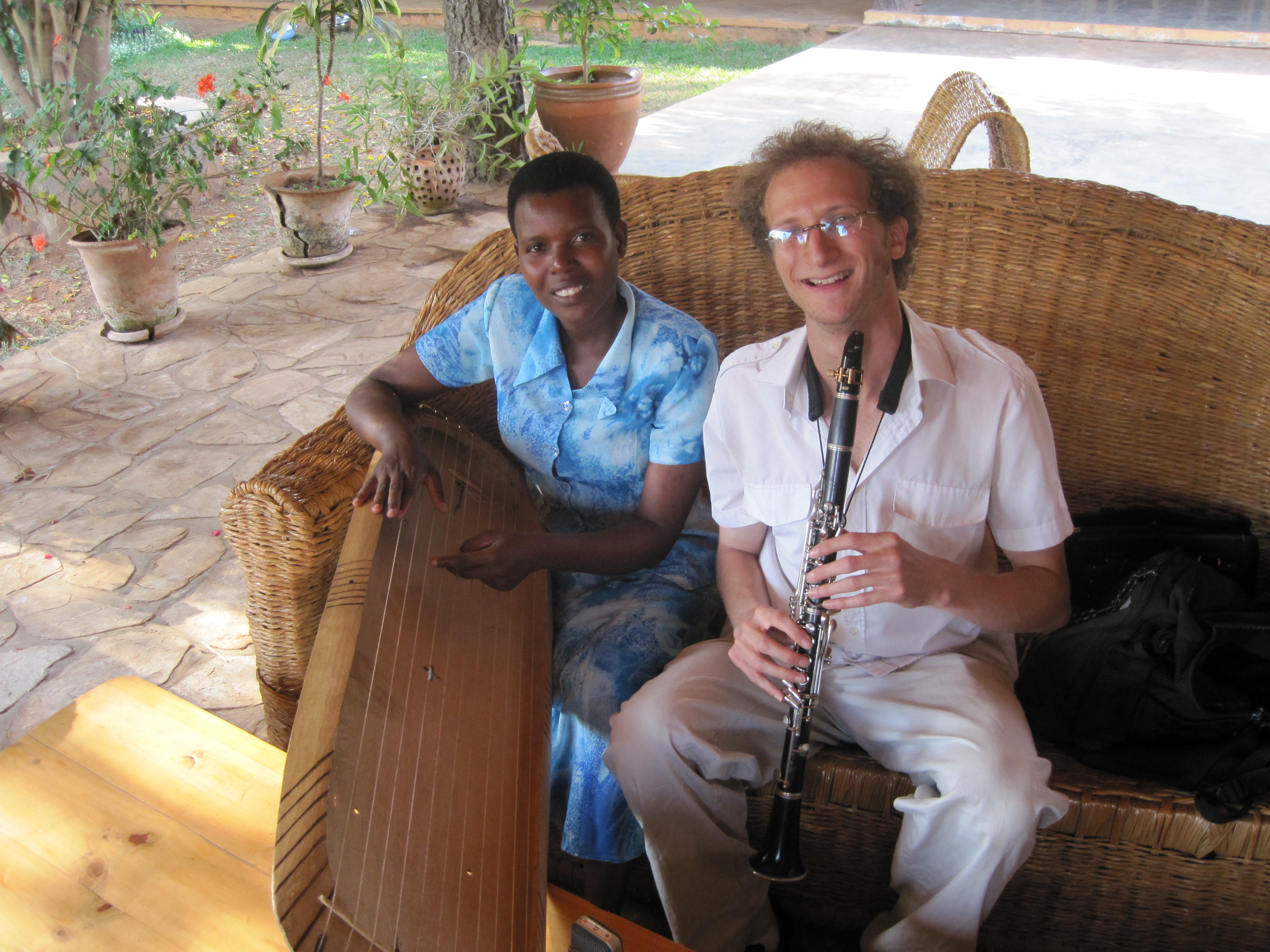 Sophie Nzayisenga is the only female professional player of the Rwandan traditional trough-zither, inanga. Woodwind player and apostle-of-street-performance Jeremy Danneman started playing with Sophie on the streets of Rwanda. Sophie later went on to tour with the acclaimed musical and ecological Nile Project. Now that the Nile Project tour is over, Sophie and Jeremy are teaming up (along with William Parker and Tim Keiper) on a crowded-funded cross-cultural exchange / album project.
You can get a taste of the work-in-progress with live shows at Silvana in Harlem on Friday May 15th and the Why Not Jazz Room in the West Village on Sunday May 17th. Sophie and Jeremy are also playing as a duo at various Farmers Markets in our area and they tell their tales and play for us on this week's show on WFMU.

We have two pairs of tickets available to see Red Baraat, the wonderful Indian-inspired brass band led by percussionist Sunny Jain at Subrosa, 63 Gansevoort St. in lower Manhattan, Friday May 15 at 8 pm. Red Baraat is playing a Friday night residency at Subrosa this month to celebrate the release of its latest cd, Gaadi of Truth.

ALSO - we have one pair of tickets to see a very special collaboration - Garifuna Drummers and Breton singers and musicians - at Meridian 23, 161 W 23rd St, Thursday evening May 14th.

To enter the drawing for a pair of tickets, email me, Rob W, here and please put "TIX" in the subject line. Indicate which concert you're interested in - or if both, indicate first and second choice. The deadline to enter is Sunday, May 10 at midnight.

Anyone may enter but I will draw first among entrants who have not won tickets in the past 8 weeks (not counting our Brooklyn Botanic Garden Cherry Blossom Festival giveaway), and then I'll draw again from all entrants if tickets are still left.

/ Gaadi of Truth (0:16:13 Pop-up)
GIG: They're playing every Friday night this month at Subrosa, 63 Gansevoort St. near the new Whitney Museum - we're giving away tickets to this Friday's show - scroll up for info on how to get in the running!

The Cottars: The Contradiction Set

Jeremy Danneman with William Parker and Tim Keiper: Clouds Talking About the Weather