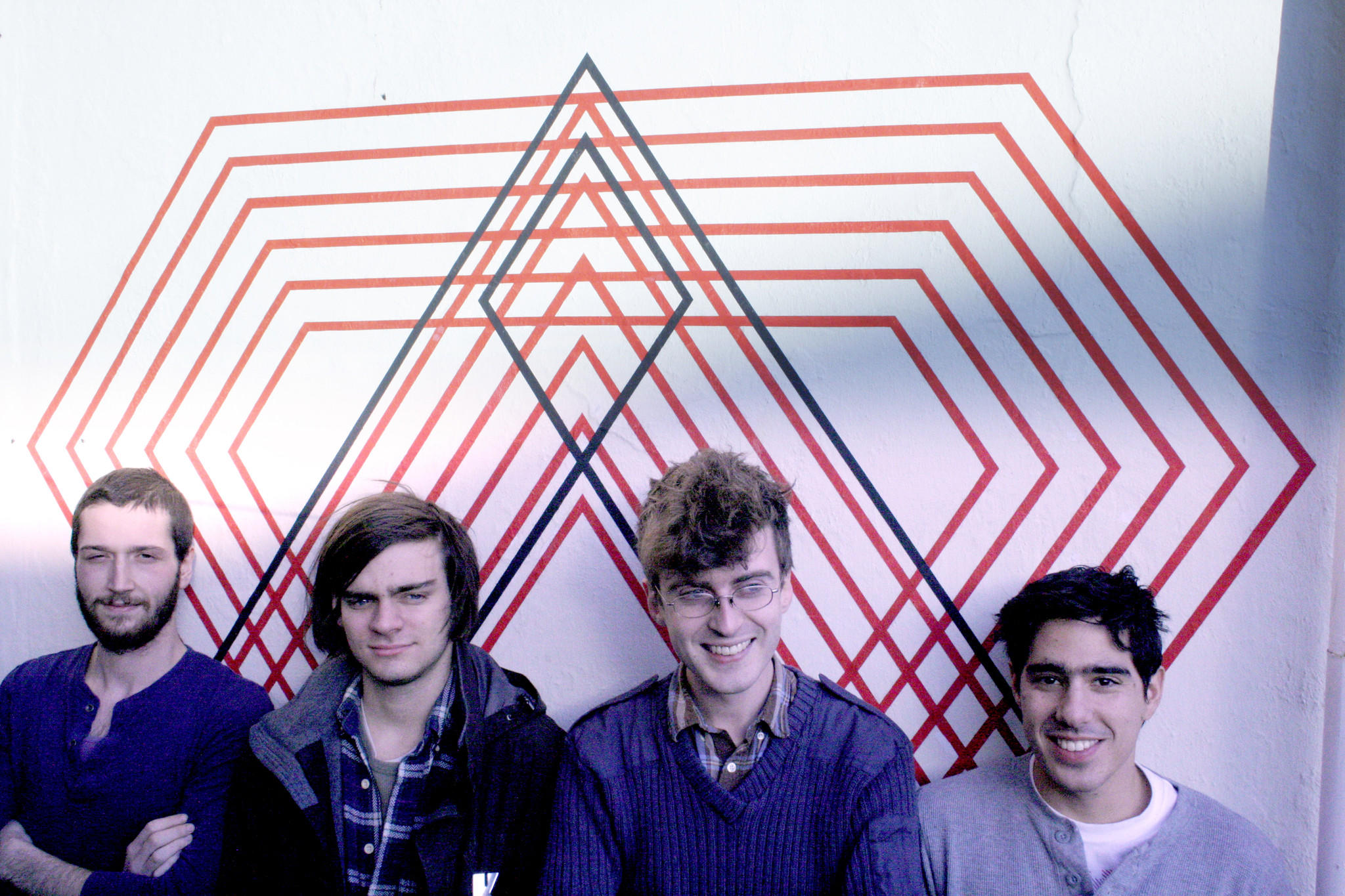 The Horse Lords are an adventurous improvisatory instrumental rock band from Baltimore. Their mesmerizing sonic explorations, using the just intonation tuning system, are inspired by African guitar technique and polyrhythms - as well as Krautrock and lots more.

The band celebrates the recent release of its second LP. Hidden Cities, with tonight's FMU debut and Brooklyn gigs at Palisades, 906 Broadway tonight and at Union Pool, 484 Union Ave this Thursday (February 5th).

Massive thanks to our illustrious engineer Jon Flores and assistant Matt Marando! Matt is doing double-duty volunteering downstairs at Pat Byrne's "Prove It All Night" show in WFMU's live space Monty Hall - yes, he's in two places at one time - a volunteer (and DJ) from another dimension!

To enter the drawing for a pair of tickets, email me, Rob W, here and please put "TIX" in the subject line.

The deadline to enter is midnight, Sunday February 1 2015.
Winners will be notified by Monday at noon.

Born in the Sahara Desert in the Timbuktu region of Mali, Awa Sangho is known for her stunning voice and high-energy drumming and dancing. Her music percolates with the rhythms and sounds not only of Mali, but of the Ivory Coast and Senegal, where she has lived, and of Guinea, land of her mentor, Soulemane Koly. Sangho’s socially conscious songs, written in various West African languages, reflect on controversial cultural traditions, her hopes for today’s youth, the plight of mothers and children, and the people who forged her path. Sangho has performed around the world with her group Koteba, and she recently released her debut album on Motéma Music.

Dao Bandon: Rak Nong Kon Diew (I Love Only You)