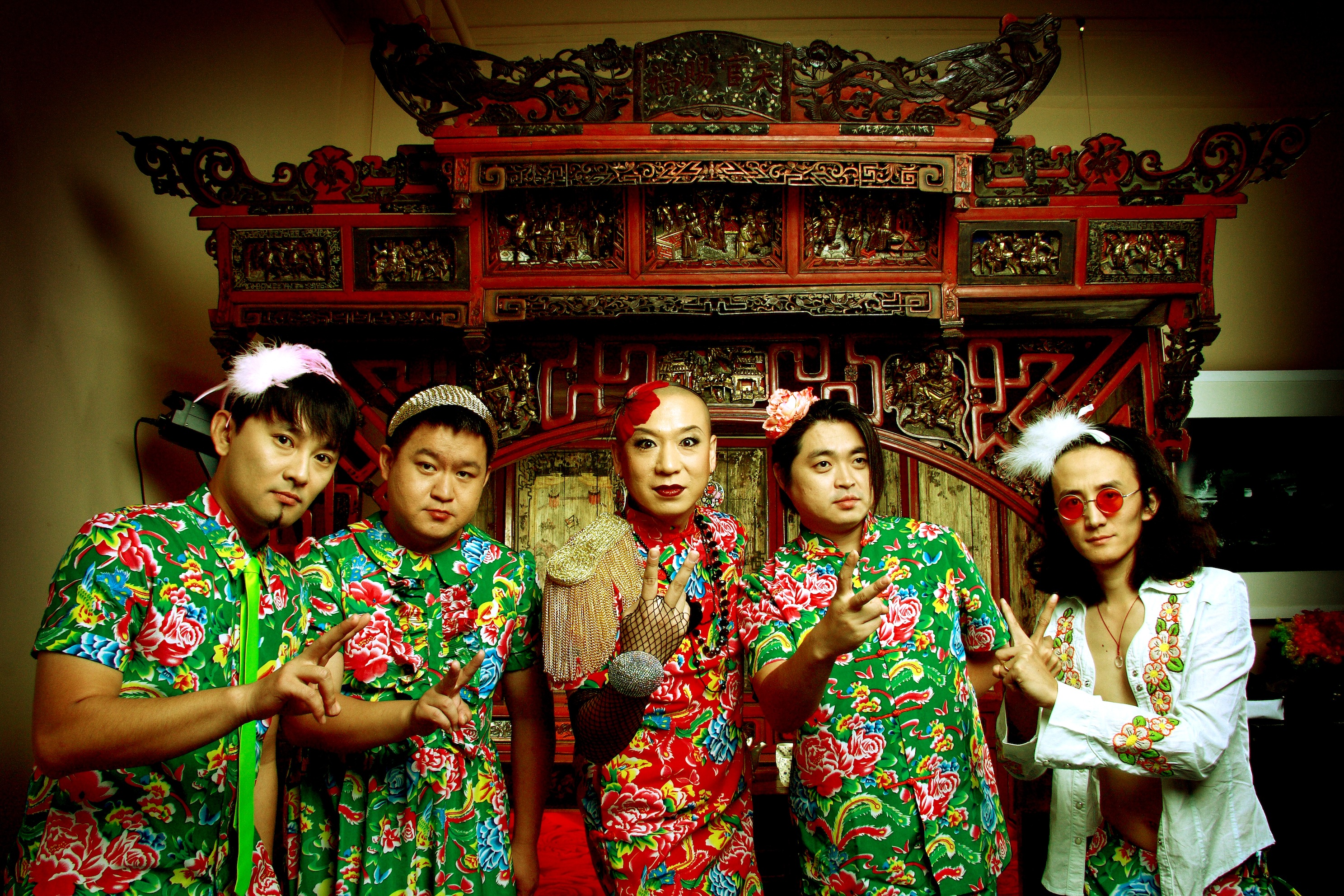 (Left to right: Sun Quan, Li Ziqiang, Liang Long, Wu Zekun, and Yao Lan)
Second Hand Rose--one of the biggest rock bands in China--stopped by WFMU this week, as part of their whirlwind tour of the east coast of America to introduce their theatrical music to Western ears. Formed in 2000, the band shook up Beijing's underground music scene with a performance style that's part cabaret, part Chinese theater, and part rock 'n' roll dance party. Since then, they have risen to headlining festivals across China; last year, they performed a concert in Beijing's state-owned Workers' Gymnasium, one of the most prestigious venues in the country. Part glam-rock, part traditional Chinese folk music; hear Second Hand Rose kick up their heels on Mary Wing’s show, beginning at 1 am!