Music to laze around with, just like slipping into a warm, comfortable bath; bubbling with many stringed instruments and occasional live performances. (Visit homepage.)

Monday Noon - 3pm (EST) | On WFMU's Give the Drummer Radio

<-- Previous playlist | Back to Irene Trudel playlists | Next playlist --> 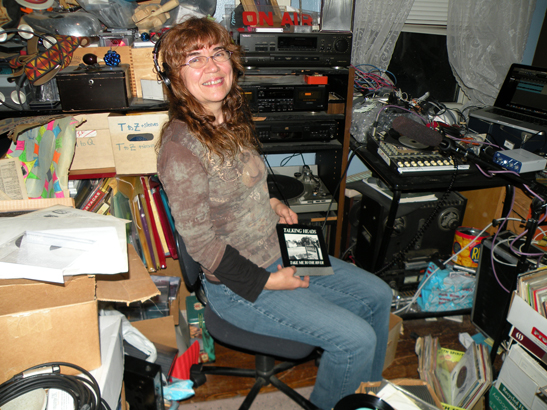 Hi folks! I recorded this show at home. I didn't make it in to WFMU for this one due to Superstorm Sandy. Because the storm took out power at our studios and BOTH our 91.1 and 90.1 FM transmitters, Station Manager Ken asked a few of us to create a show for possible air. I also didn't want to miss "Singles Going Steady Week," in which we play nothing but tunes released as singles on 7" vinyl discs, leading up to the WFMU Record Fair (which was cancelled due to the storm). This show was never used, but I thought it would be fun to put it up anyway. (If you click on my picture, you can see photos on Flickr of my messy home studio, and two of my cats, (Pulci)'Nello and Fellini, who were "helping" me record the show.)


<-- Previous playlist | Back to Irene Trudel playlists | Next playlist -->