47SOUL Brings Shamstep From Palestine to the World 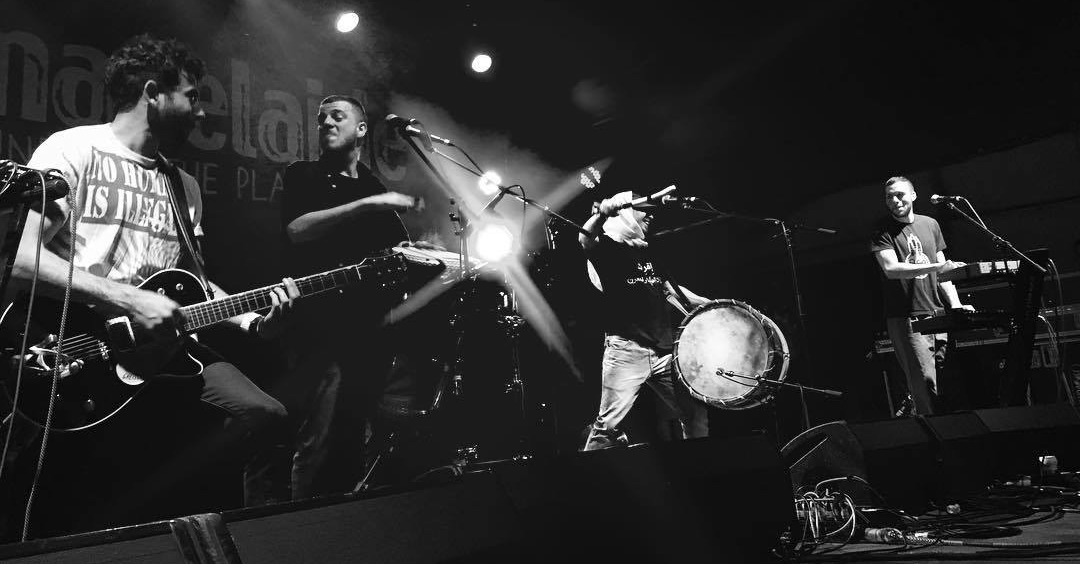 The band sees Shamstep as a new musical genre, literally defined on their debut EP which was called Shamstep, and which they are now beginning to expand upon with their new album Balfron Promise (on Cooking Vinyl). You can experience Shamstep in person when 47SOUL plays live at Brooklyn's BRIC House on Thursday night March 7th.

We'll hear all about it with guest El Far3i of 47SOUL on this week's show!

47SOUL is an Electro Arabic Dabke (Shamstep) band formed in Amman Jordan in 2013. The members are rooted in Bilad Al-Sham, spanning the divides from Amman to the Galilee to Ramallah and the rest of the Palestinian Diaspora.

This new sound of 47SOUL has rapidly amassed fans in the Arab World and Europe by blasting the electric Arabic Dabke sound through underground music scenes. On top of the beats that have been bumping in the Arab World for centuries, 47SOUL hypes it up with analog synthesizers, hypnotic guitar lines, and shattering verses from the four singers.

Every show ends in relentless dance and trance from all parties involved. Their lyrics, mixing Arabic and English, call for celebration and freedom in the struggle for equality, inside Bilad Al Sham and throughout the world.