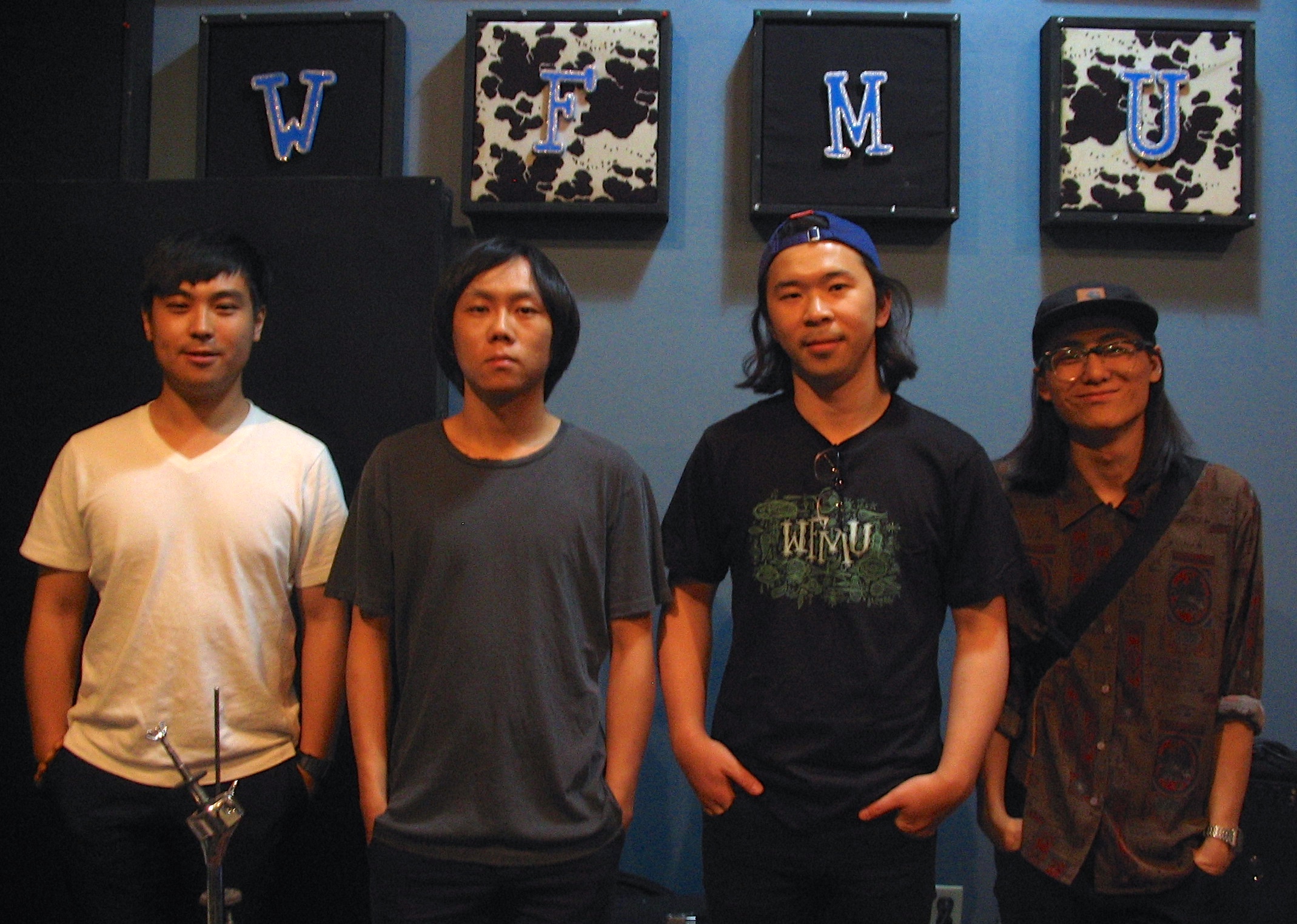 Left to right: He Fan, Monkey, Zhou Nairen, and Wen Yuzhen
Although Birdstriking’s debut 2012 LP received limited distribution in China due to its socially critical lyrics, it gained a diehard following in the Beijing underground music scene. The record’s mix of tuneful hooks, calculated psych-noise meltdowns, precision rhythmic structure, and brash lyrical frankness quickly cemented them as the frontrunner of a new generation of young Beijing rockers with an equal mix of heart, grit, and vision. Now on their first North American tour, coinciding with the official international release of their album on June 2, 2015 by A Recordings, Birdstriking brings the new sound of young China to WFMU; hear them at 1 am!